In a world full of noise, let’s turn down the volume.

We are bombarded with digital advertising; tweets, podcasts, videos, paid ads – it doesn’t end. People are craving analog experiences. Consider the resurgence of vinyl records, film cameras, or keeping a pen & paper journal. We are overstimulated, and sometimes we need to take a step back.

While digital is still effective in converting new clients, and keeping your brand in the consumers evoked set, turning back the dial and running a print ad can turn you into an advertising maverick. Life is about balance, and this lesson carries into marketing. A bit of digital, a bit of print.

Today’s blog post serves as inspiration, showcasing print advertising from past and present which has pushed the status quo and kept things simple. 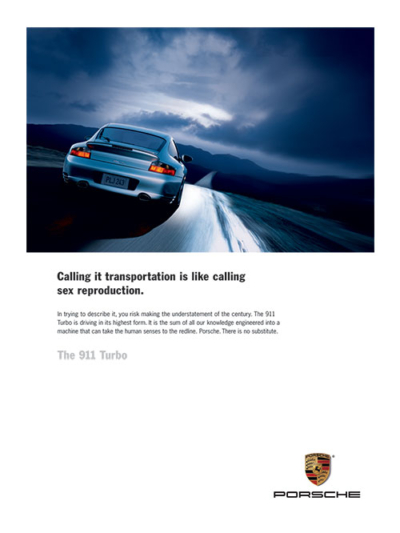 Porsche may be the king of print. This piece catches your eye with the photograph, and moves into a witty caption. Notice how understated “The 911 Turbo” is. You’ll even miss it if you don’t give it a second look. They don’t have to sell you on the car, the caption has already done so. Good advertising does not beg for your attention, it draws you in. 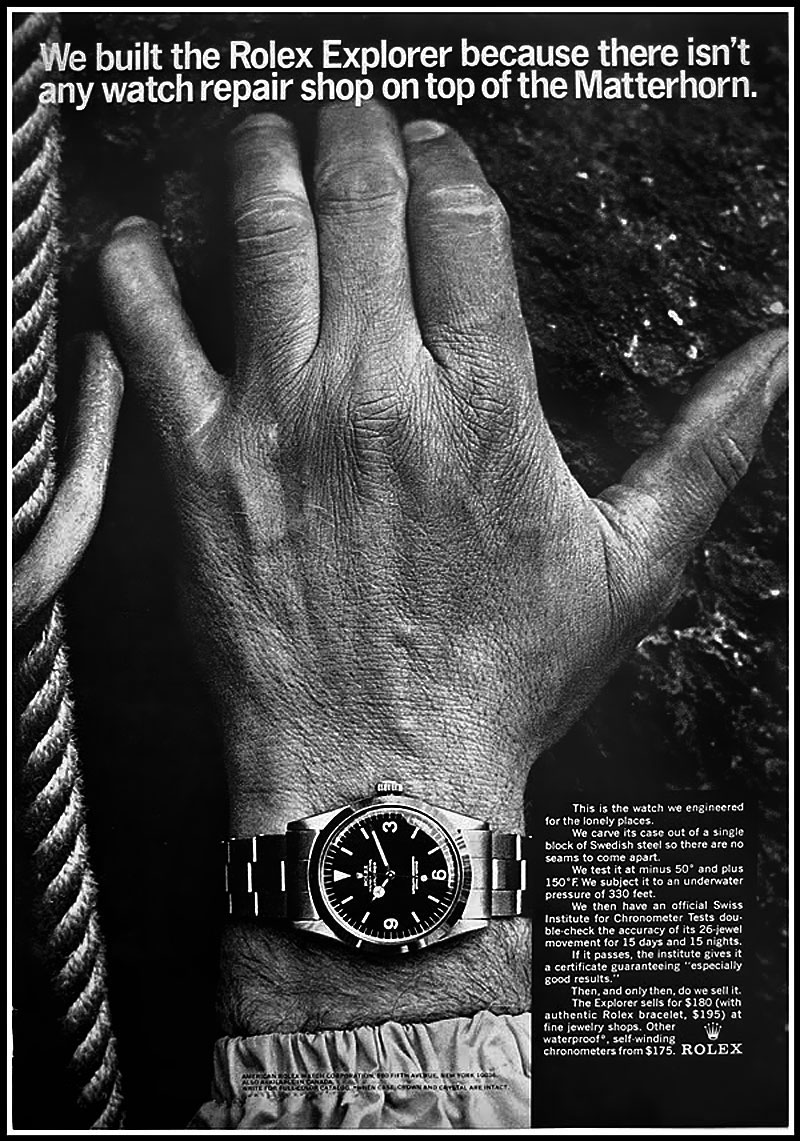 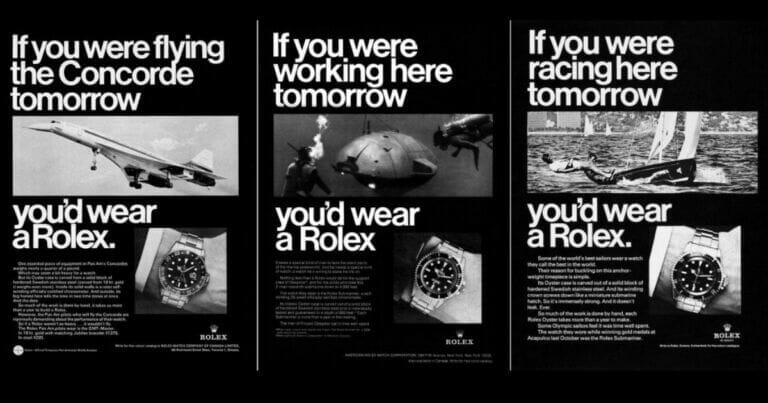 You can’t deny that Rolex knows their consumer.

Ever since a submariner appeared on the wrist of James Bond in ‘Dr. No’, the brand has been ubiquitously associated with the adventurer. Everybody wants to be the hero of their own story, and these ads reinforce that the hero should have a Rolex on their wrist.

Even if you’re not the individual climbing the Matterhorn or flying a Concorde, wearing that Rolex in the office might just make you feel like you are. 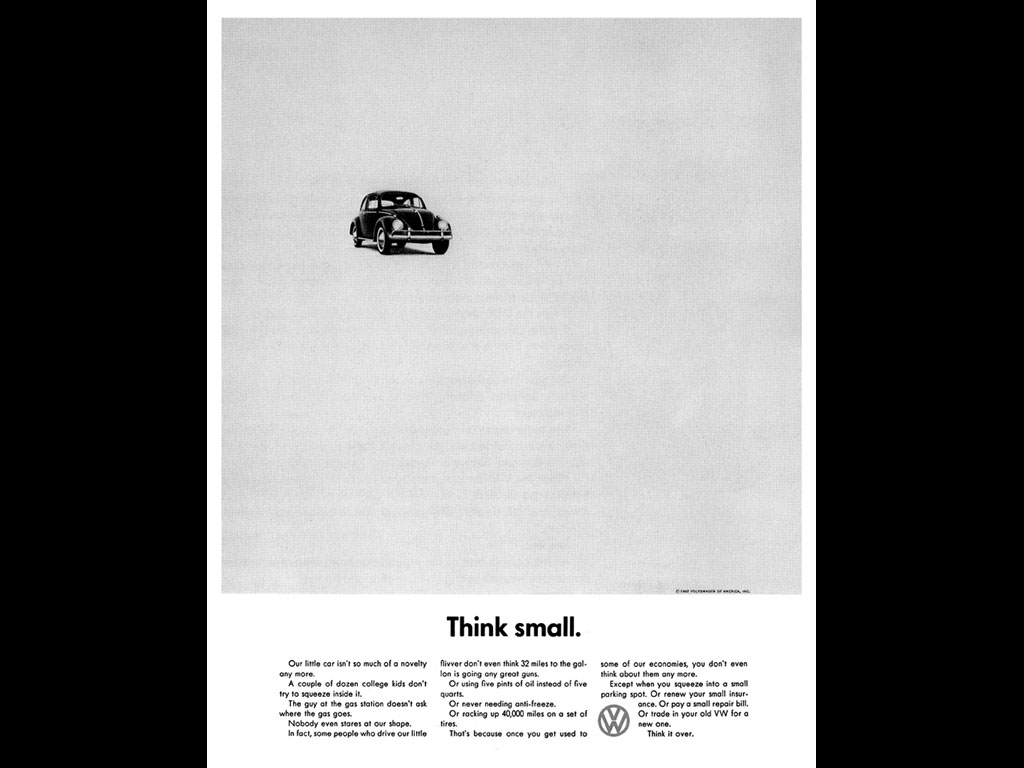 You can’t discuss automobile ads without including this.

In the early 1960’s Volkswagen commissioned the real-life Don Draper; Bill Bernbach to establish their new car, the Beetle, in the American market. They were impressed with Bernbach’s “honesty” in past advertisements, because they were selling what they described as an honest car. Bernbach followed this rule directly, taking out a full page ad to display a small car. That’s what the Beetle is – a small car. Don’t pretend to be something you’re not.

The contrast of a full page ad and a miniscule image was bold, but worked wonders. This ad boosted sales, and established brand loyalty in the American market – an understandably daunting mission for a German brand after WW2. 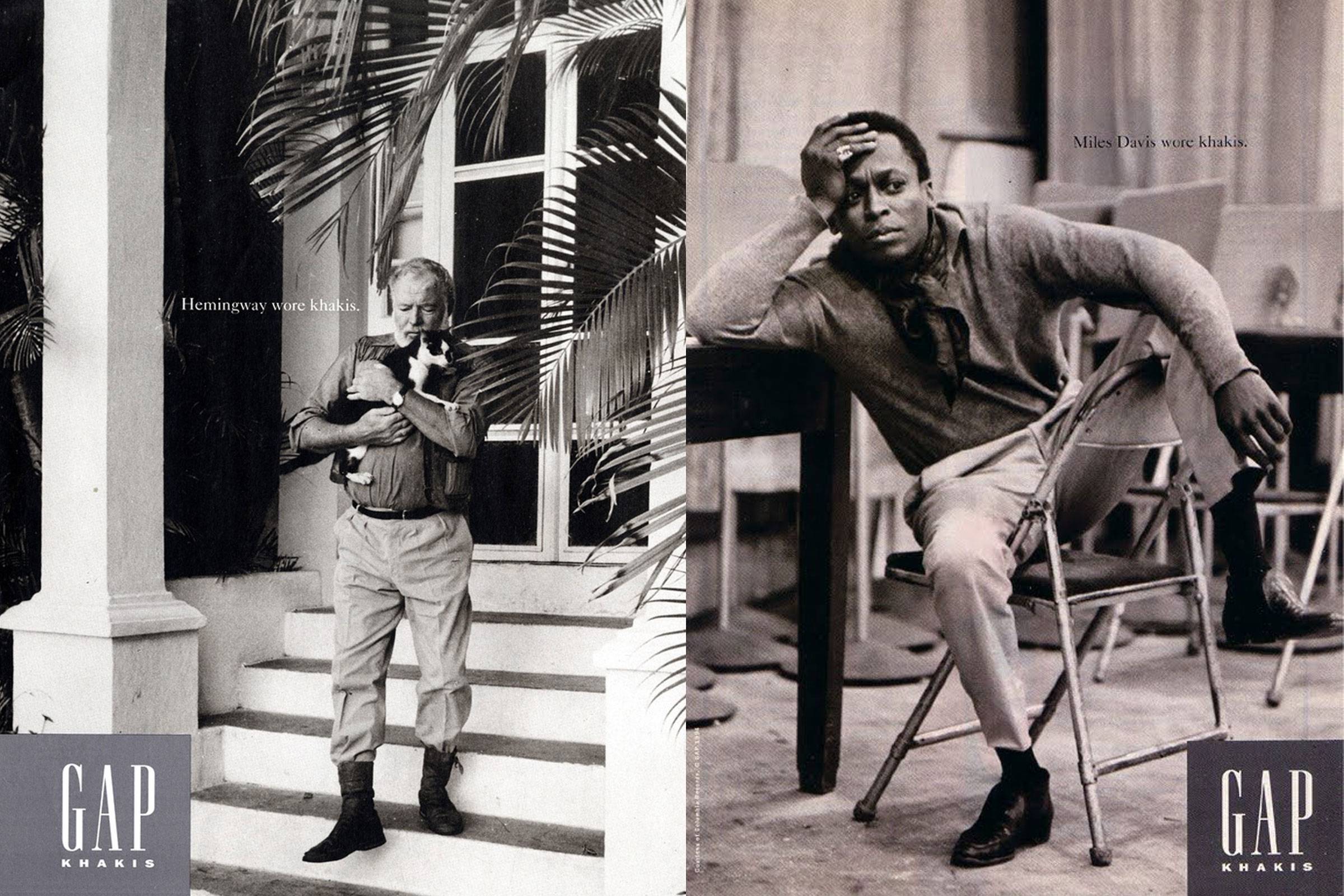 How do you sell something as plain, and potentially boring as khakis?

Juxtapose them with damn interesting people.

It’s not the pants, it’s the person in the pants.

We’d like to point out that Warhol also wore khakis, but unfortunately wearing khakis has yet to give us the same artistic aptitude.