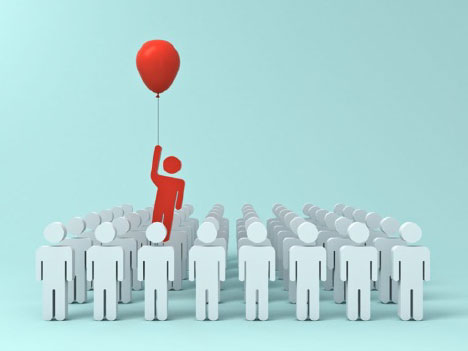 In the world of marketing, there is a phrase that makes us cringe.

Does it even exist?

Having a competitive advantage is imperative to any business. It is the reason that consumers choose to pay you, over your competitors. Whether it be operational excellence, low prices, or having the most effective product on the market, you need something to separate you from the crowd.

We’ve established the importance, but to call it sustainable is cocky and shortsighted.

The world is far too nuanced and unpredictable – business is too fragile.

If your competitive advantage is operational efficiency, you likely have highly efficient supply chains. You have that advantage until one small thing goes wrong. A miscalculated comment leads to a business relationship ending, or perhaps a ship blocks the Suez Canal leading to a billions of dollars in disruption of global trade. There is now a need to be filled – a competitor is going to take your place during that time. Your once ‘sustainable’ competitive advantage has been interrupted.

Let’s apply this to a more tangible story, one which many of us are familiar with.

3 years later, he had expanded his empire to 300 stores.

Blockbuster was the dominant player in their field. They had the competitive advantage of stocking newly released movies, and an expansive network of stores. Many consumers in North America had a Blockbuster accessible to them. It did not seem anyone would catch up, until they met their first formidable opponent in 1997 – Netflix, which began as a humble DVD-by mail service.

Their eventual demise began with the advent of the internet. New firms began to leverage the decentralized nature of the internet to send movies. It was simpler, catered to subscription models, and allowed new entrants to operate with lower overhead costs.

In 2000, Blockbuster had the chance to acquire Netflix for $50 million, but passed on the opportunity. They figured that they could expand online when the time came.

By the time they attempted online expansion, Netflix was the dominant player. It was simply too late, and the firm filed for bankruptcy in 2011.

It may be too late for Blockbuster, but we can learn from this case study.

We must constantly evaluate our competitors and surroundings. It’s easy to keep your blinders on when things are going well. At its peak, Blockbuster had 9,000 stores, revenue growth, and continued expansion plans. They relied on what worked in the past, rather than innovating new strategies for the future.

A singular sustainable advantage might not be attainable, but a consistently tweaked strategy which emphasizes strengths as they evolve is an intelligent approach.